This winter, as the wind blows gusts of glittering snow across the prairie, I’ve been thinking a fair bit about fat. Naturally.

A few weeks ago I cut up a pig for my winter cache, splitting a nice and plump one from a local Mennonite farm with our good friends, Bruce and Cheryl. The first order of butchering-day business was rendering the leaf lard. What’s the leaf lard? I’ve written about it before but as it’s such a specific thing, I think it bears repeating. You can see it here. It’s the pure white, almost brittle fat that surrounds the kidney and lines the rib cage. The densest lard on a hog, it also has the most pristine flavor, making it a star in the pastry kitchen.  Once rendered, it looks and feels like heavy white butter and makes the finest, flakiest pastries.

When you butcher, ripping off the leaf lard is the first thing you do. It took about 4 hours to break everything down, and for some reason this year we ended up with some pieces that we had to call “mistakelaneous,” but at the end of the day sat our half of the beast, illuminated by the lights of the woodshed. Half of a 250-pound hog is still a good haul. 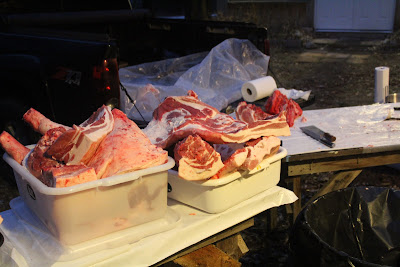 The next day, I cut the leaf lard into small cubes, laid them in my largest, widest pot, added a small glass of water and popped it into a 250ºF. oven to start rendering. Lard-rendering has historically been conducted in a wide pan on the top of the stove, but I think it’s neater, and more foolproof, to render out the lard in the oven. You want to melt the cubes and gently cook the lard until the cracklings turn golden brown and swim in the fat, which takes about 6 hours.

Halfway through, as the humid, primal aroma of the rendering fat swelled to fill the house, my thoughts turned to gingerbread, and sweet uses for my sizzling lard, and I had the idea to throw whole spices and a few knobs of fresh ginger into the pot. (After I took the photo, a wave of generosity came over me and I threw another handful of the same into the pot, so you should double it.) 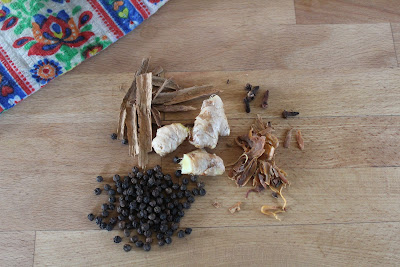 The spices met the fat and let out a seductive sigh: layers of exotic spice, pepper and mace wafted upward. Strained and cooled, I was surprised to find that the aromatic flavors held. This was lard … or lard pot-purri?  Seriously, though, what will this spiced lard be like in cheese tamales? Or in cookies? Roasted potatoes? Oh, what decadent things are in the works. 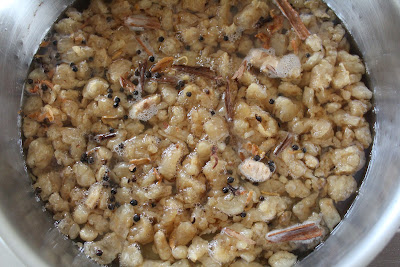 And with that, a pot of melting pig fat and spices, we launch into 2013. Happy new year. Here’s to hoping that the fat continues to accompany the lean, always.